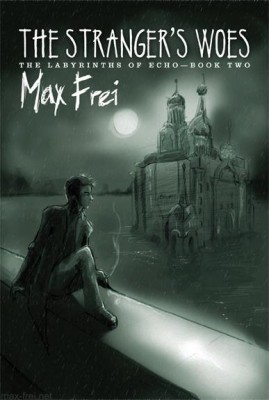 Max used to be a useless loafer, whose dreams were the most interesting thing about him. At least, up until Sir Juffin Halli, Head of the Department of Absolute Order, summoned him to the magical city of Echo. Since then he's become one of the highest-paid agents in the war to keep order on the city streets, whether that means facing down tentacled monsters, roaming the Corridors between Worlds in his sleep, or hunting down bands of mercenaries on the outskirts Echo.
Solving extravagant, impossible magical crimes using nothing but his wits and a handful of magical abilities is Max's stock in trade. And he loves it.
But some problems are tougher to solve than others. When Echo is threatened by a new – living dead – danger, it seems the only solution lies in the world Max has left behind: our world. But it is really an answer, or is Max's old life trying to lure him away from Echo? And if it does, will he ever be able to get back...?